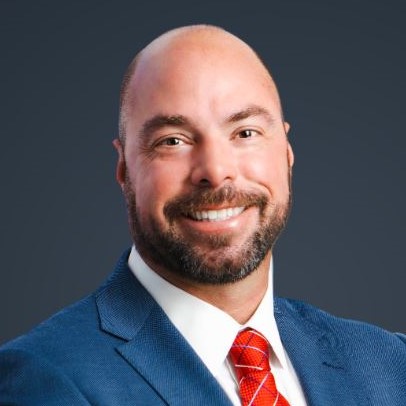 Carlos O. Alvarez began his career in the field of education over 20 years ago in the City of Hialeah, where he was born and raised. While studying at the university, he began his career path as a paraprofessional at Ben Sheppard Annex, providing educational support to fourth and fifth grade students. Earning a Bachelor’s Degree in Elementary Education from St. Thomas University, then allowed him to take on the role of Social Studies teacher at Ben Sheppard Elementary for the next three years.

Mr. Alvarez, realizing the role that effective leadership plays in developing life-long learners, went on to earn a Master’s Degree in Educational Leadership from Nova Southeastern University. At Jose Marti Middle School, he served as a teacher and Administrative Assistant/Lead teacher, collaborating with the administration and faculty to develop a motivating academic environment.

Then in 2008, he was selected to lead a unique charter school with an emphasis on public service academies. As Principal of COHEA Career & Collegiate Academy, his passion resonated as he collaborated with his administrative team, faculty, and students year after year to improve the educational culture, curriculum, and climate of the school. By its third year of operation, COHEA was ranked as an A school, and has stayed as a high-achieving educational facility, fostering a powerful sense of family and belonging, a rigorous curriculum, a team atmosphere, a commitment to community, and a structured program to college and career-path industry certification. As the educational leader of the school, his role as principal gave him the opportunity to give back to the community that had given so much to him as a youngster. He fulfilled the school’s mission and developed a learning environment at COHEA which provided students with the training they required for specific public service careers, while fostering a high academic setting to prepare students for college. All students acquired an industry-certification, gained the skills needed for a successful career, and applied to the college or university of their choice.

Moving forward, 14 years later, Mr. Alvarez wanted to expand COHEA’s successful approach to students beyond its walls in Hialeah. Thus, the inception of the CIVICA Network was born to educate and empower tomorrow’s civic leaders on a national level. Two CIVICA charter schools were opened, a 6th-12th grade in Millikin, Colorado, and the second a K-12th grade in North Las Vegas, Nevada, allowing the mission and vision of COHEA spread across the United States. COHEA, CIVICA Colorado and CIVICA Nevada are opening their doors for a new school year to over 2,000 students. Furthermore, CIVICA Ohio will be opening its doors in 2024-2025 in Columbus, Ohio. Mr. Alvarez serves as the President of the CIVICA network to ensure that students receive a high-quality education and public-service career training that caters to the needs of their community.

It is with this visionary spirit that he motivates the CIVICA network, faculty, and staff to think creatively and go the extra mile for our students. He instills in the faculty and staff the belief that there are no limits for our children’s capacity to learn and the need to create a family-oriented culture in our school that is conducive to our students’ success. He has advocated on behalf of our school and the charter school movement before legislators in Tallahassee. He has created awareness amongst and has built solid partnerships within different communities. By advocating and creating awareness in the community, he solidifies his commitment and loyalty to the mission and vision of the COHEA Family.

Principal Carlos O. Alvarez has provided the leadership that has been instrumental in propelling COHEA down the path of innovation and achievement since it opened its doors fourteen years ago. Thanks to the guidance of Principal Alvarez, our specialized academy model school has earned the Florida Rating of an A for the 7 years, has a graduation rate of 100%, and has been recognized by Newsweek, the Daily Beast, and the U.S. News and World Report for our students’ academic accomplishments.

Due to his passion, commitment, and devotion to educational excellence and academic rigor, Mr. Alvarez serves as an advocate for academic innovation, possessing a willingness to share his knowledge and resources to benefit others. Thus, the boy who grew up playing in parks is now a man in the relentless pursuit of preparing students to be career and college ready, with the skills to take on the world.

Below are some descriptions and accomplishments of COHEA:• Serving predominantly minority students at a 98% rate and economically- disadvantaged students with 92%; which qualify for free and reduced lunch.
• In the Spring of 2019, COHEA was recertified by Cognia as a national accredited school.
• In 2013, COHEA received the prestigious “School of the Year Award” by the City of Hialeah as a testament to its academic excellence and its service to the community.
• Received national recognition in 2013, 2014 and 2015 by Newsweek Magazine, having ranked as one of the “Best High Schools in America.”
• Received national recognition in 2015, 2016, 2017, 2018 by US News and World Report Best High Schools in America Gold Award
• Presently at 100% graduation rate
• Seven years of being awarded an “A” school rating under the State of Florida Accountability System. (2011, 2012, 2013, 2014, 2018, 2019, 2022)
• 2018 US News and World Report- “Best High School in America.”
• 100% of seniors enrolled in the Fire Academy graduated with CPR, First Responder and Emergency Vehicle Operator Certifications.
• Executive PASS Partnership with Miami-Dade College
• Florida Tax Watch- 2016 Principal Leadership Award- Carlos O. Alvarez, Principal- Educational Academy
• Started the CIVICA Network of schools, opening schools in Colorado and North Las Vegas in August 2021, replicating the high performing COHEA model.
• Despite facing challenges to overcome the learning gap following the pandemic. Our school earned the highest A in the history of COHEA.
• In June 2022, twenty-one students (15% of our graduating class) graduated with their college associate’s degree in addition to their high school diploma.
• In 2018, COHEA became a nationally accredited S.T.E.M. school by Cognia.