On January 27, 2020, Governor Ron DeSantis announced a multiyear, $5 million grant from The Marcus Foundation to support civics education through speech and debate programs with the creation of the Florida Civics and Debate Initiative (FCDI).

The mission of the FCDI is to create access and opportunities for all students to have the best civics education including curriculum, debate programs, and high-quality teachers that are catalysts for students becoming great citizens who can preserve our constitutional republic for future generations.

Within the seven regions in the map above, the FCDI will expand programs into 60 new schools in the first year with the intent to implement in all school districts by 2023. This will increase access for all students to participate in speech and debate programs, regardless of school district, socioeconomic status, or background. 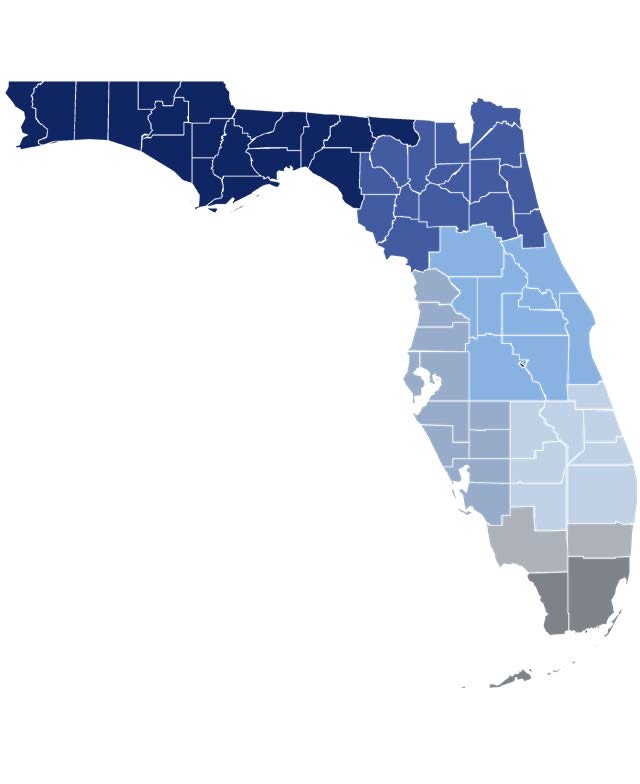 The FCDI will develop and host the first of its kind National Civics and Debate Competition (NCDC), which will allow a broader range of students to explore, understand, and express important constitutional, legal, and societal issues.

Professional Development opportunities will be provided to teachers and debate coaches throughout the year to provide educators with techniques and best practices for teaching civics, speech, and debate. 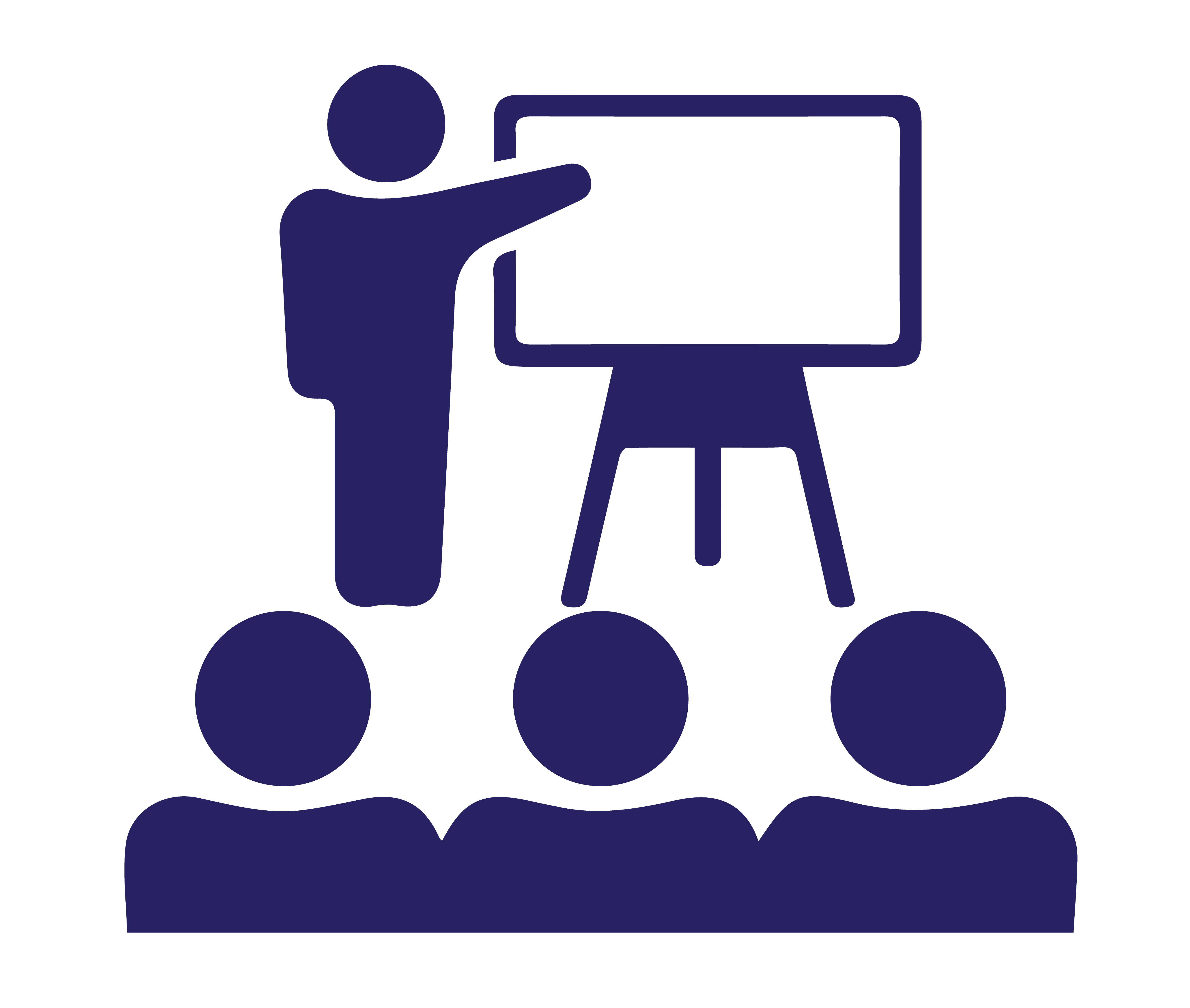 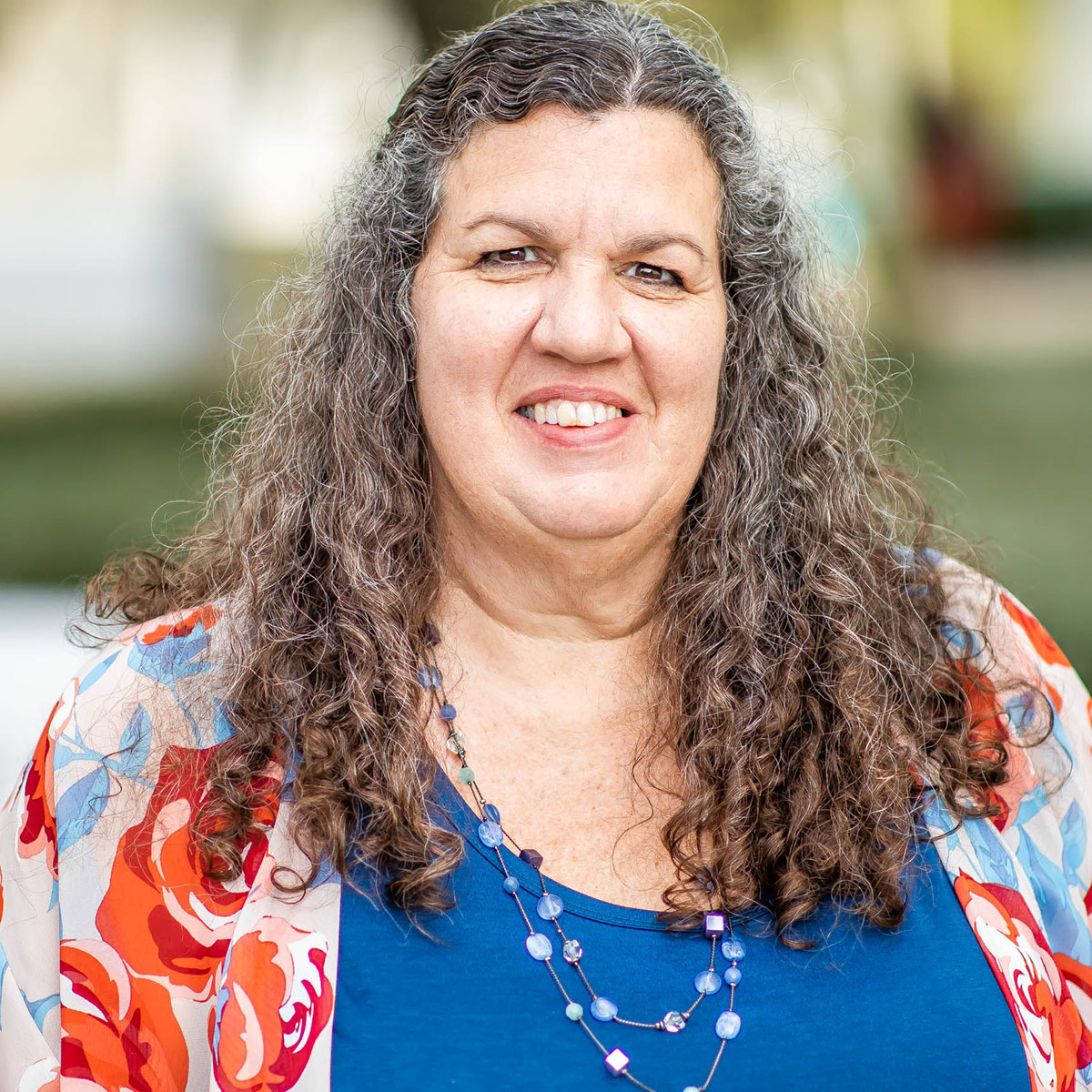 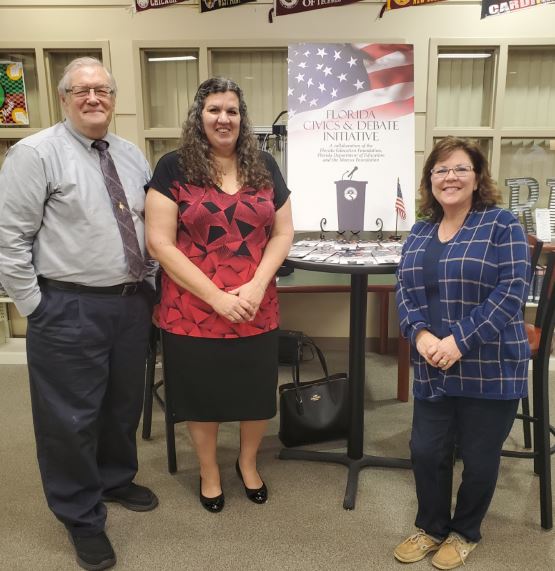 June 12, 2020
Tallahassee, Fla. – Today, Governor Ron DeSantis and Commissioner of Education Richard Corcoran announced 60 schools, representing 29 districts in Florida, were chosen to participate in the first phase of the Florida Civics and Debate Initiative (FCDI). On January 27, 2020, Governor Ron DeSantis announced the multi-year, $5 million grant from the Marcus Foundation, Inc., to elevate civic knowledge, civic skills and civic disposition for middle and high school students through speech and debate. A full list of the 60 schools participating in the first phase is provided above.

FDOE also opened an online survey platform to gather input on the K-12 Civics and Government standards. The standards revision can be found at http://www.fldoe.org/civicsreview and is a result of House Bill 807 signed by Governor DeSantis in June 2019 that required the FDOE to conduct a complete review of the statewide civics education standards by December 31, 2020.

“The Florida Civics and Debate Initiative will allow thousands of students across our state to not only learn about the Constitution and the Bill of Rights, but also give them the confidence to succeed academically and in life,” said Governor DeSantis. “I commend students and educators across Florida for making civic literacy a priority. Our state is making great strides to reach our goal to be number one in the nation for civic literacy and education.”

The first phase of the initiative consists of 60 schools in 29 school districts, with the goal of expanding into all Florida school districts by 2023. This will increase access for all students to participate in speech and debate programs, regardless of where they live, socio-economic status or background. Debate takes the traditional approach of learning civics – typically students’ simply gaining knowledge and understanding of our government’s structures – and elevates it by simulating important real-world constitutional, legal and societal issues and conducting critical analyses of both sides.  Additionally, Florida’s B.E.S.T. Standards arm Florida educators with the tools they need to ensure all Florida students receive a quality civic education. The Florida Department of Education is preparing for a civics standards review inthe 2020-2021 school year.

“I commend Florida school districts for prioritizing civic literacy. The Florida Civics and Debate Initiative combined with prioritizing civics in every grade through Florida’s B.E.S.T. Standards will no doubt make Florida students first in the nation in civic literacy and knowledge,” said Commissioner of Education Richard Corcoran. “The Florida Civics and Debate Initiative is a terrific opportunity for Florida students to have full lives, advocate for themselves and become active in their local community, our state and the nation. My greatest appreciation to the Marcus Foundation for their generous funding to support civics and debate in Florida schools.”

Before the COVID-19 pandemic, Florida launched a civic literacy pilot program in two Florida school districts. Many districts expressed interest in participating but were stymied due to school campus closures. FDOE applauds these districts and students for prioritizing civic literacy, and recognizing the need for aquality civic education. Of those that participated, 36% of students passed the assessment. While this is just a small sample, it explicitly depicts the need for greater exposure to civics education.

In addition to the Florida Civics and Debate Initiative, Florida’s new B.E.S.T.(Benchmarks for Exceptional Student Thinking) Standards fully integrate civics into every grade by including a recommended civics reading list with foundational historic American documents, publications from most major literary periods, and significant historical documents crucial to ensuring American history and civics in integrated at every grade level. FCDI and Florida’s B.E.S.T. Standards will work hand in hand to ensure Florida students receive the high-quality civic education they deserve.

Each participating school in FCDI will receive funding support to start their debate teams, including funds to offset educational resources, tournament transportation, coach stipends and membership in the National Speech and Debate Association.

Public input on the civics standards is encouraged through an online survey platform –the same tool used to generate nearly 100,000 public suggestions for the B.E.S.T. English Language Arts and Mathematics standards – accessible at https://www.floridacivicsreview.org/. This online platform provides all stakeholders with open access to participate inthe review process until August 5, 2020. Stakeholders are required to provide user information before providing input.

For more information about the civics review, visit http://www.fldoe.org/civicsreview.

Each participating school in FCDI will receive funding support to start their debate teams, including funds to offset educational resources, tournament transportation,coach stipends and membership in the National Speech and Debate Association.

For more information about the Florida Department of Education, visit www.fldoe.org.